TVA Economic Development serves the seven states that make up the TVA service area—almost all of Tennessee and parts of Mississippi, Alabama, Georgia, North Carolina, Virginia and Kentucky. Through our partnerships with other economic development organizations, we help foster capital investment and job growth in the area. Site Selection magazine has named TVA one of the top 10 utilities in economic development for the 16th straight year. 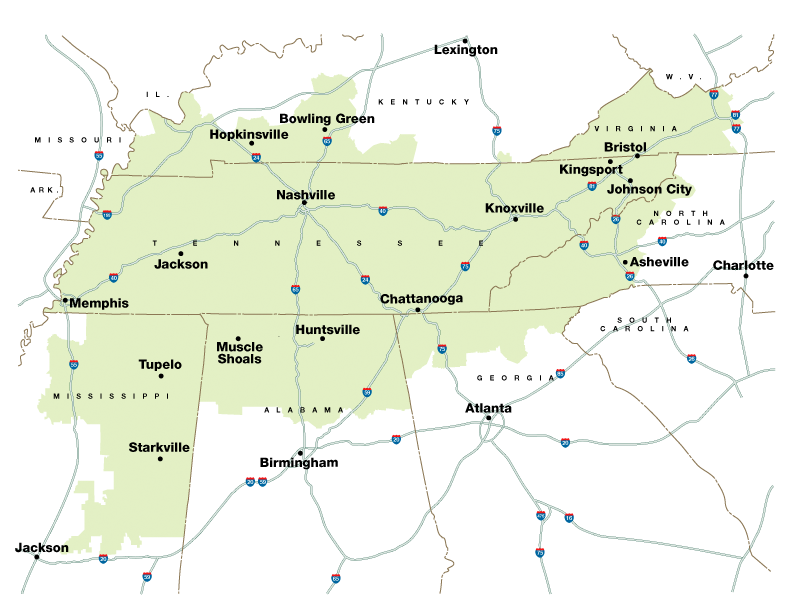 TVA Economic Development works to attract new companies—which results in more jobs and investments in the Valley—and to engage existing businesses and industries to help them grow in a sustainable way. We are committed to serving our communities and corporate citizens to help them achieve lasting success in our dynamic, prosperous region. Working in concert with our partners—regional, state and community organizations—we offer site selection services, incentives, research and technical assistance to help companies locate, stay and expand existing operations in the Tennessee Valley.

Together, we help the region create opportunities that make life better for the people in the Valley. 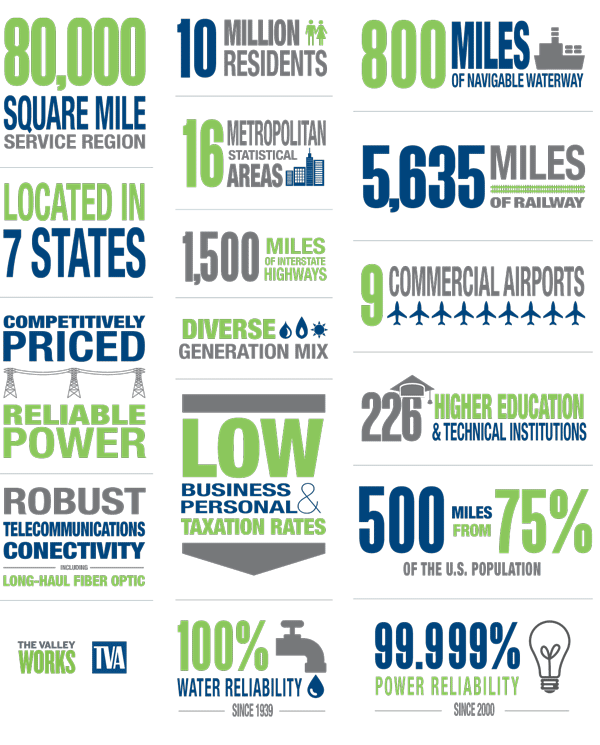 Need help finding just the right home for your company within TVA’s seven-state region? Let our Site Selector suite of tools help. With Site Selector, you’ll be able to search 2,000 available job sites in our GIS database, get key demographic information about subregions inside the Valley, access an assortment of maps and learn much more about the benefits TVA Economic Development offers.

Why wait? Get started today.

Finding locations for business and industry in the Tennessee Valley.
Find your new home.

Partnerships throughout the region help us create incentives packages that work.
Get information now.

At TVA Economic Development, we have an array of specialists to help you meet your needs.
Meet the team.

Ultium Cells LLC, a joint venture of LG Energy Solution and General Motors, announced plans to expand the company's Electric Vehicle battery cell manufacturing plant in Spring Hill, Tennessee. Plans for the project include creating 400 new jobs and investing $275 million, adding to the $2.3 billion initial investment, and bringing the job total to 1,700 when the Maury County facility is fully operational.

Steel Dynamics, Inc., one of the largest domestic steel producers and metal recyclers and a direct serve customer, announced plans to expand operations in Lowndes County, Mississippi, marking the largest economic development project in the state’s history. Plans for the impactful project include the creation of 1,000 high-wage jobs and $2.5 billion in capital investment to expand its Columbus campus, located on a TVA Megasite.