MAY 25, 2022 — The shutter opens. The shutter closes. Click. It’s a familiar sound that allows light to penetrate a micro-lens and burn an exposure of a square image framed inside a photographer’s camera.

These are some of the 64 species the National Geographic photographer and author, Joel Sartore, captured with his camera when he came to Middle Tennessee and visited the most biodiverse temperate river drainage system in the world, better known as the Duck River.

These are some of the 64 species the National Geographic photographer and author, Joel Sartore, captured with his camera when he came to Middle Tennessee and visited the most biodiverse temperate river drainage system in the world, better known as the Duck River.

The project was part of Sartore’s life-long initiative to photograph some of the world’s rarest species. His portfolio is called the Photo Ark — a collection of more than 12,600 species to date. His images have been projected on the side of the Vatican, featured on PBS, CNN, 60 Minutes and are now published in an online digital archive as well as six separate coffee-table picture books.

“These pictures are meant to be put to use,” Sartore said. “Slap them on lunchboxes, put them on banners or billboards. I don’t care. I’d like to see them everywhere so people can look these animals in the eye.”

His hope is that by coupling studio lighting with plain black-and-white backgrounds, he can create studio portraits of animals that will make people care enough to protect the natural habitats in their own backyard. It’s a simple mission that Sartore says he’ll keep doing until he dies.

The conservation effort is one whose art not only appeals to the public, but to some of the world’s best biologists. For them, it’s a once-in-a-lifetime chance to give visibility to creatures they’ve dedicated their entire careers to protecting.

That’s why when Sartore called TVA Fisheries Biologist Todd Amacker for help, Amacker assembled a support team of aquatic experts from U.S. Fish and Wildlife Service, Tennessee Wildlife Resources Agency, Alabama Department of Conservation and Natural Resources, University of Tennessee-Knoxville and TVA to help comb the Duck River watershed for some of its rarest species. With specialists onboard who could capture, identify and safely return each species of fish, snail, mussel and crayfish to their home, Sartore went to work inside a remote hunting-lodge bedroom that the team converted into a makeshift photography studio.

“I’m a photographer not a biologist,” Sartore said. “Without these guys, I couldn’t do what I do.” 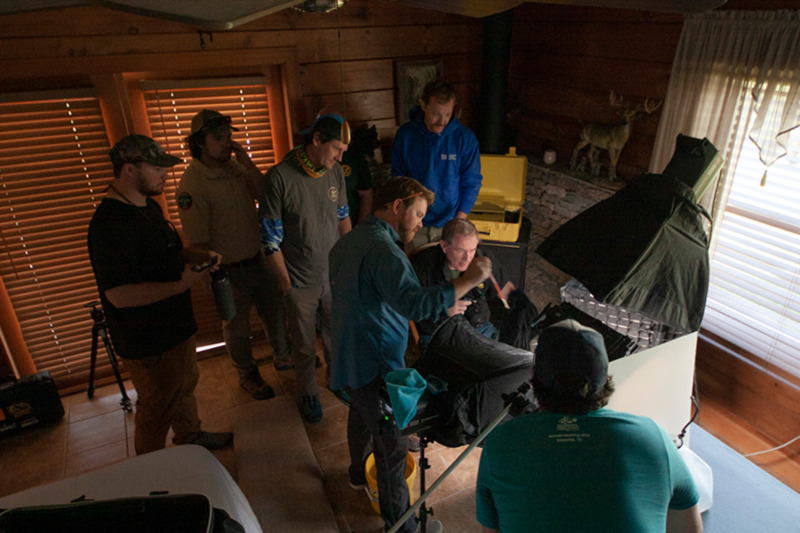 Encouraging a minnow to pose for a portrait is a lot more difficult than getting a snail to hold still. It’s why biologists use a V-shaped aquarium, which is a narrow glass tank that creates a perfect atmosphere for a submerged fish to vogue.

Once in the tank, the fish hovers — like a bedding bass — a few inches above the aquarium’s bottom as it displays its most colorful fins for the camera. Click. The shutter opens, lights flash and a piece of Tennessee’s natural heritage is forever frozen in time. 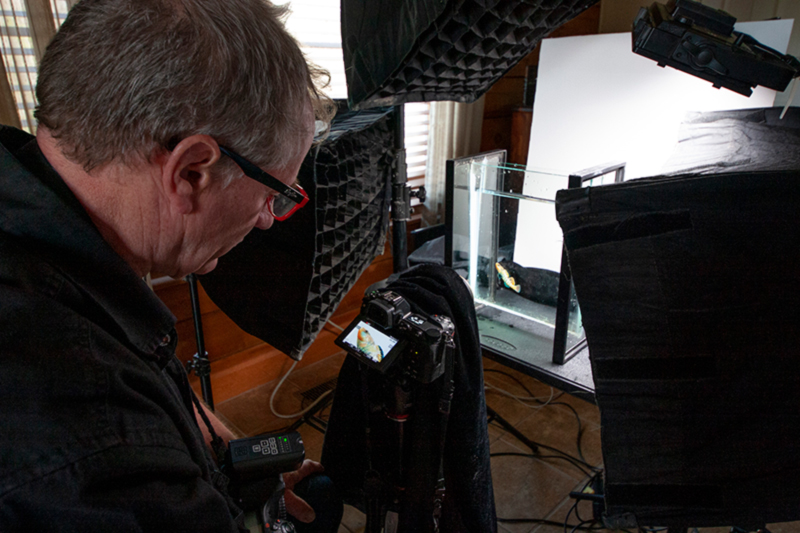 And while Sartore uploads the image to the Photo Ark database and digitally labels the specimen with its proper Latin name, the fish is returned to a larger aeriated tank and transported safely back to the river. The crayfish hang out in water-filled bowls, tacklebox trays and Tupperware containers that contain each specimen and its corresponding Latin label, which is penciled on waterproof paper and floats above the animal like a fortune-cookie prophesy. Once they’re photographed, they catch a ride back to the river too.

No matter how large or small, rare or common, each subject is given the same care.

For Sartore and the experts who support him, conservation means more than using eye contact to personalize a picture. It’s about changing habits. And that can’t be done without education.

People wade, fish and canoe the Duck River each year, but few realize they would have to travel to the Amazon jungle to find a region more biodiverse than the Tennessee Valley. Waterfalls, vibrant autumn mountains and the area’s clear-flowing streams, rivers and reservoirs are the recreational magnets that annually attract $12 billion to the local economy. But for Amacker and the state and federal biologists who are charged with protecting it, they know these same natural resources are not only vital to the region’s tourism industry but to public health.

“The non-game species are the little things that run the world,” Amacker said. “At TVA, we measure the health of our streams and fisheries by the presence of these aquatic animals. They serve as bio-indicators because they are most susceptible to pollutants and changes in water quality.”

According to Amacker, urban development, sediment runoff and the illegal dumping of chemicals and trash are all things that could not only affect the region’s aquatic biodiversity but could also contaminate the public’s primary source of drinking water—Tennessee Valley streams and rivers.

“In our fast-paced world of social media and celebrity news, it’s really hard to create a public-education initiative that gets people excited, especially when you’re talking about the subject of conservation and water quality,” Amacker said. “But when you’ve got a world-renowned photographer like Joel who’s willing to come to Middle Tennessee, photograph the species here, and then turn around and let us use his art to pique the public’s interest, it gives TVA a rare opportunity to tell our story to a greater audience.”

As a federal agency who is tasked with managing the Tennessee Valley’s natural resources, TVA dedicates $700,000 annually in environmental stewardship programs throughout its seven-state service region to protect and improve aquatic biodiversity. The Duck River is a priority watershed where TVA works with state, federal and local partners to implement water quality and habitat improvement projects. The river flows 284 miles from the base of Normandy Dam in Manchester, Tennessee to Humphreys County, where it spills into the Tennessee River. 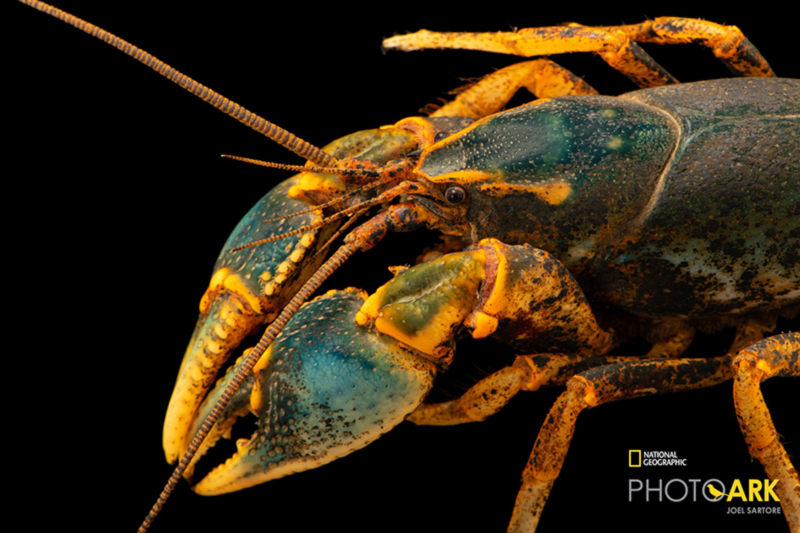 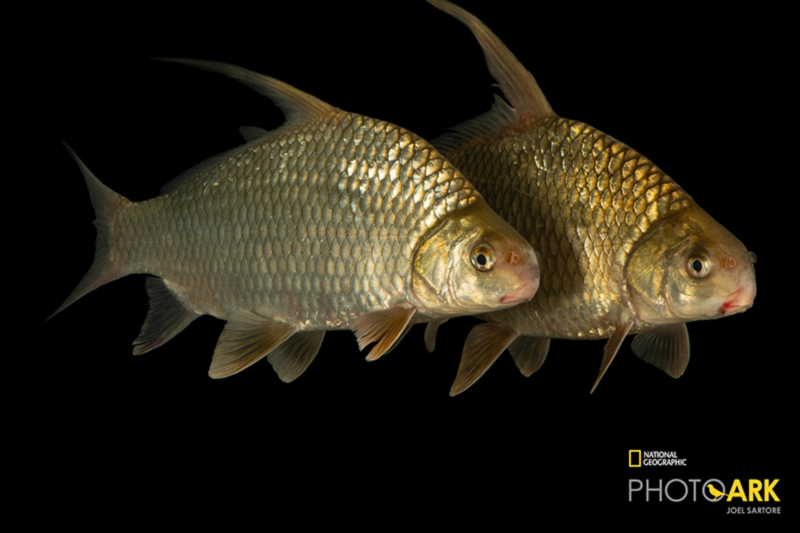 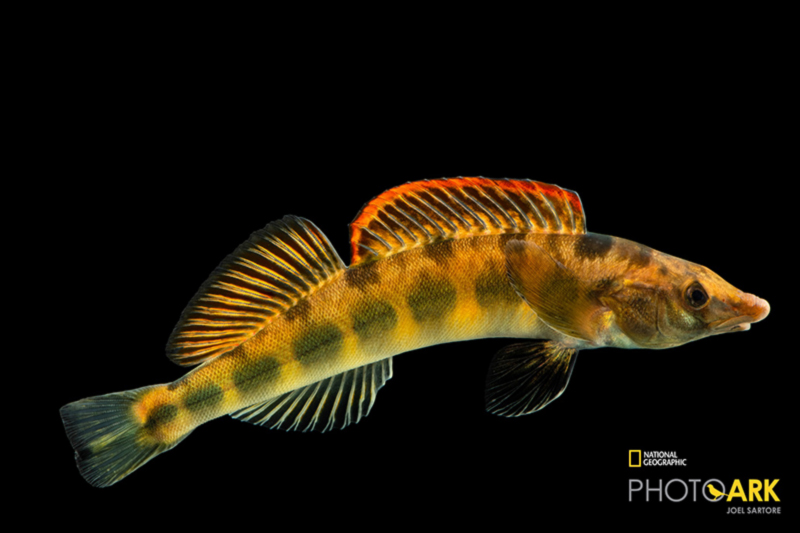 “Tennessee Logperch from Brush Creek, a tributary to the lower Duck River” by Joel Sartore, National Geographic Photo Ark. This species was described as new to science in 2017 through a collaboration between TVA biologists and Yale University. 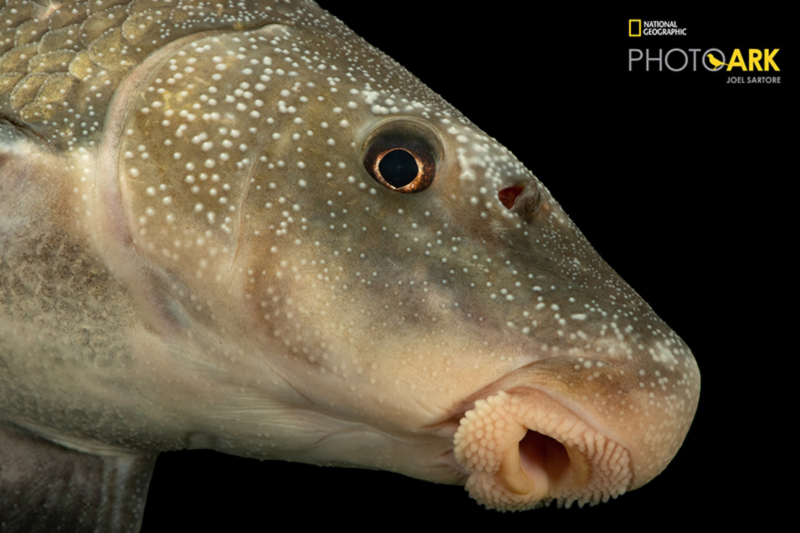 “Male Blue Sucker from the Duck River” by Joel Sartore, National Geographic Photo Ark. The hard bumps are called tubercles and are found on some species of male fish during the spawning season. The main functions for tubercles include species recognition, fighting and defense of spawning territory or nests, and the attractions of females.